Upon the completion of another successful PledgeMusic campaign, Birdie Busch has brought forth her newest record, Thunder Bridge.  The new album is more of a lullaby and letter to her closest friends and family.  Recorded with most of the same band as her last album, the record features Todd Erk on bass and production duties, Carl Cheeseman and Ross Bellenoit on a multitude of guitars, Tommy Bendell playing a softer drum collection, and keys, vocals and additional production provided by Jaron Olevsky from Amos Lee’s touring band. Thunder Bridge marks Birdie Busch’s 5th full length release. The title is a nod to a line from one of her favorite Sun Ra poems, “We Must Not Say No to Ourselves”. Recorded in Germantown, the same neighborhood in Philadelphia that Sun Ra spent a lot of his musical journey, Thunder Bridge is an album by kindreds for kindreds. The original plan was to make songs for fellow friend and Philly visual artist Alison Dilworth at the oncoming dawn of motherhood. It was meant to help cross a threshold between here and there while also keeping a sense of the everywhere and always intact. But this isn’t a “lullaby” record, although Birdie’s spirit and intention can often infuse things with a sense of a night’s closing mantra. And this isn’t a “kid’s music” record, although children can often be found singing a line from her songs, in the kind of way that children always seem to be tapped into genuine truth telling. In the end, this record became an album for not only a single friend, but for many in Birdie’s inner fold who had needed cathartic release and a gathering round of the wagons.

BIRDIE BUSCH AND THE GREATEST NIGHT 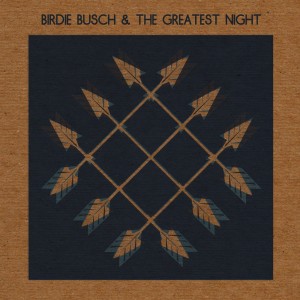 With the help of 137 patrons through PledgeMusic, Birdie has made her  newest full length album entitled Birdie Busch & the Greatest Night.  Recorded over the summer in studios in Philadelphia and Brooklyn, the new album was released digitally to patrons in October, and will be available in expansive packaging and CD globally in January.  The new album has been received with such enthusiasm by the team at PledgeMusic, Birdie has been encouraged to reactivate the PledgeMusic page as the home for digital and hard copy orders before release in January 2013.

This recording gathers together what Birdie loves best: playing in a band with other like-minded folks where melody, rhythm, dynamic, and songwriting are all getting their time to shine.

While the group that makes up Birdie Busch and the Greatest Night have toured and recorded a lot together in the past year, this was the first project that allowed them all to devote a week to focused recording, arranging and experimenting.  The full band recorded live with Nathan Sabatino, the engineer for Dr Dog, and then mixed at the Honey Jar with Devin Greenwood in DUMBO.  “Everything was happening at once, the feeding off of each other’s energies, the guitar licks calling and responding, the eye contact, the instantaneous reactionary arrangements”.  “Best recording experience ever” says Birdie, “we recorded the band live, with all the instruments leaking and the band just peaking”.

The recording shows growth, maturity, and risk taking.  The instrumentation is lush, yet muscular, with some prog rock textures, trippy vocal effects and instrumental interludes.  With the propulsive rhythm section in songs like “Part of Apart”, there are transcendent moments when the band achieves a true rock and roll acceleration, a transfiguration, and a reaching in, and out, and up. There’s lots going on in these recordings and they only fully reveal more with each listen. 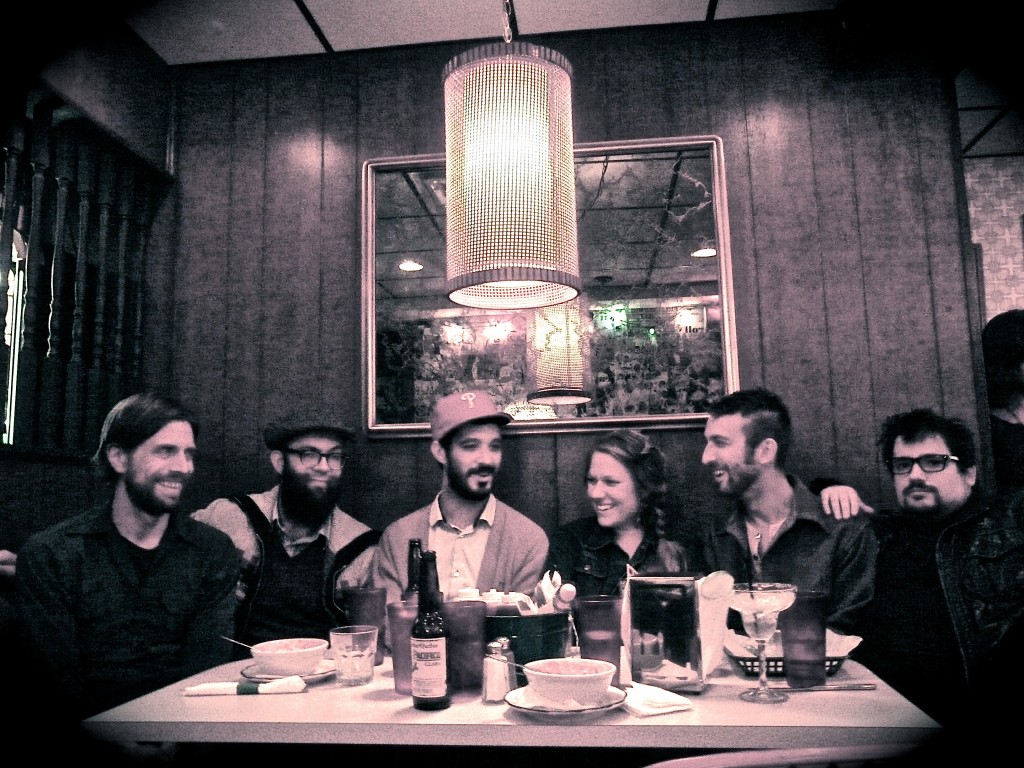 The record is a fabulous collaboration of Birdie on guitars/vocals/production with Todd Erk on bass/vocals, and Ross Bellenoit on guitars/vocals, Carl Cheeseman on guitars, Craig Hendrix on all kinds of keys, Tommy Bendel playing the drums, and all sharing in the arrangements and production of the album.

Getting your own copy here at this page will continue to further support the music of Birdie Busch and also help a ton with any future touring, mailing of promotional copies, and other outlets to help this record reach farther and wider.

Everyone Will Take You In 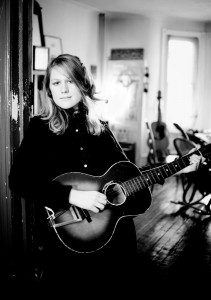 Birdie Busch’s atmospheric folk, which often aches with strains of country-blues, jumps out with a rockabilly swagger and blushes with whimsical pretty-girl-telling-you-a-secret lilt that’s all her own, and doesn’t really fit any category or genre. It’s weird and winding: she sings about magic, luck, the universe, the human heart speeding off on dangerous missions like Inspector Gadget. An intimate partnership with long time band mates has assured that her records are cohesive and remarkably mature, a dreamy Americana too warm to be made in this decade but too grounded and aware to be made anytime else.

Coming out of what could be called a veritable roots-rock renaissance that has put Philadelphia back at the top of the list of America’s music capitals, she joins other talented locals and partners in crime in creating a tight-knit community that seeks to make great music, inspire people and see what happens.

Critics from the Village Voice to American Songwriter have admiringly found her of kindred spirit to everyone from Syd Barrett to Eudora Welty and All Music Guide exclaimed that she is one of the “most affecting altos around”. 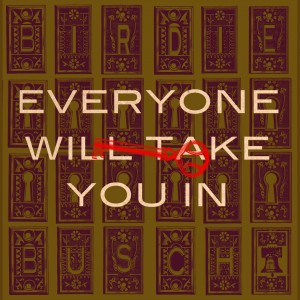 Birdie’s last release, Everyone Will Take You In, is a group of songs inspired by her hometown of Philadelphia. The project is the first release for the new label Be Frank Records, a Philadelphia label specializing in vinyl releases and digital availabilities.  The 45/EP won the IMA College Label of the Year release in 2011.

“Fred Knittel of Be Frank Records has been a fan of ours since discovering our last record Pattern of Saturn, and I’ve gone in to guest DJ with him for his Folkadelphia show on Drexel University’s WKDU. We share so much of the same joy and excitement for music past, present, and future that this project took a naturally serendipitous route from there” says Birdie.

The 45 will offer two songs. “Joey” is Birdie’s observations of the ethnic rifts in South Philly “…the hoagie’s a taco, oh Joey don’t act so macho…”. The b-side is her own interpretation of the Philly street corner group the Soul Survivors hit, “City of Brotherly Love”. Both of these songs as well as two other originals that cover culturally shifting neighborhoods and characters will be available digitally as part of the story that is presented in the intricate packaging for the single.

It’s a broad spectrum but Birdie has always believed in our multitudes and found inspiration in gray areas and multi-faceted emotions. The trick is how she seems to encapsulate it, in what feels like very buoyant and effortless attempts.

It’s music that grows with repeated listens and shows you different things in different moments, with words that can strike too close to home and melodies that never wear out. 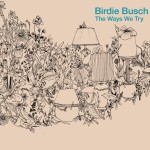 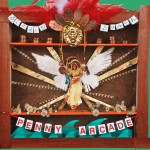 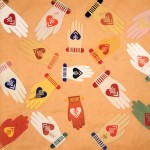 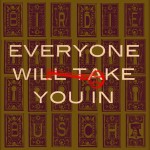 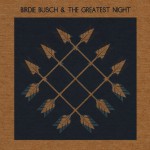 Compilations and Collaborations:
2005: The Nite Lights A Quiet Evening with The Nite Lights
2006: Sarsparilla Fido
2006: WXPN Philly Local
2007:Songs from the Greenline
2009: All Creatures (A Sherman Arts Compilation) 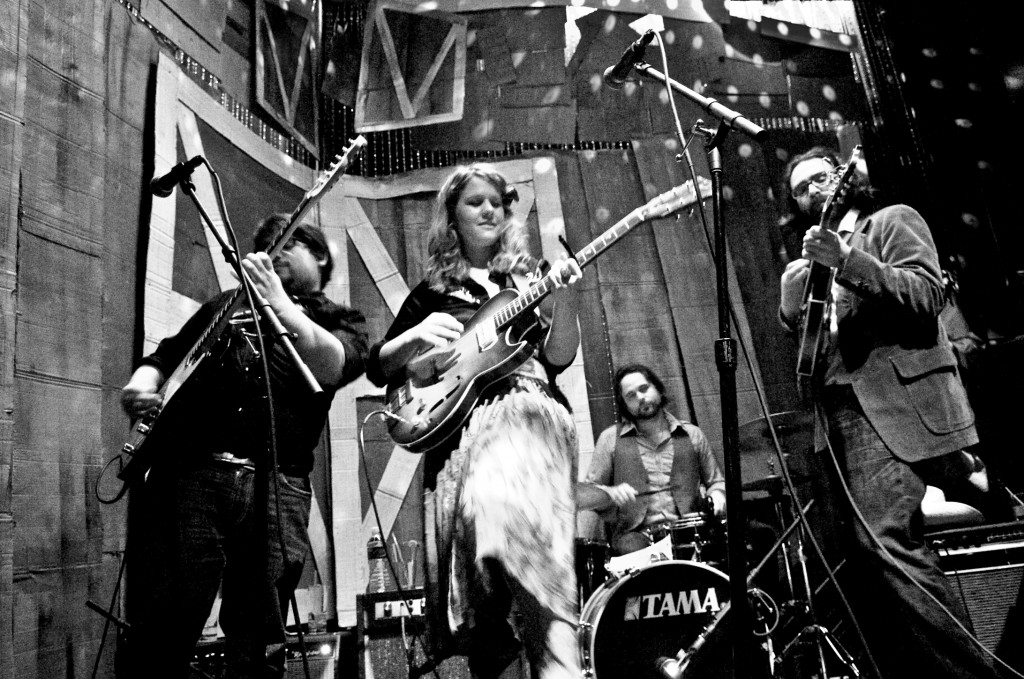 From about 30 seconds into the first song on what became the first album from Philadelphia’s Emily ‘Birdie’ Busch, I was drawn into her world of gorgeous melodies, smart wordplay with simple rhymes that expose deeper feelings about life and love.  Birdie is not afraid to speak her mind while wrapping those feelings in quirky, shimmering, and sometimes angular arrangements that feature her powerful band of psychedelphia players, all leaders in their own musical adventures.

I am proud to say Birdie and I have worked as partners in her musical endeavors for the past seven years, and have learned much about ourselves, the new music business, and the ongoing power of  recordings.  We have just completed Birdie’s fourth album, and I am more enthusaistic with each new record.  She has once again created a body of visual art and music that continues to inspire me, and I look forward to sharing the new recordings with the world.