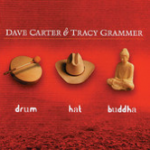 Both professionally and personally I was captivated by the words, the melodies, and the aura of David, and I will not ever forget the journey we all took. I was proud of the success we achieved along that path together, and am enriched by the time spent representing the music of Dave and Tracy. He was truly a gentle soul, who saw beauty and magic in everything he found, and excelled in his efforts to treat the whole wide world around him with respect and grace. Tracy continues to explore the depth and multiple interpretations of his writing in her live performance and choice of recorded material.

There have been thousands upon thousands of words written in Dave’s memory, and as a tribute to his impact in the songwriting community. Although I would be humbled to contribute my own eulogy to the legacy of Dave Carter, I found the writings of others to be more widescope and ultimately more comforting to me. From the Los Angeles Times to the New York Times, from Portland to Boston to Philadelphia to Oklahoma and towns in between, many newspapers and journals told the sad news of Dave’s passing with great reverence and factual detail.

“Dave Carter and Tracy Grammer belong at the top of any short list of up-and-coming American folk performers.” – Dirty Linen

“it takes something extra special to literally revolutionize the genre. Well, Carter and Grammer have done just that” – The Album Network