Frank Richard was born and partly raised in East Texas, but moved north at age 12 with his family to New York when his dad’s job was transferred. Following school in New York City, he headed for California, but got only as far as New Orleans when he called his lawyer who told him, “You better get back here, we’re going to trial.” He’d been arrested in the Columbia student strike against the Vietnam War and racial discrimination.

Somewhere on that trip west, he read about the music scene in the little town of Woodstock, NY in the Catskills that had become a mecca for musicians following Bob Dylan’s move there. After his trial, he made his way to the little town of Shady just outside of Woodstock, got a job, bought his first guitar, and started to play, sing and write songs. His first guitar lesson was from Tim Hardin, who lived nearby.

After Woodstock, Frank headed to Mexico, then Denver and on to Boulder, where he met a caravan of hippies in old flatbed trucks who’d left San Francisco to travel around the country, who called themselves, the Diggers. After connecting with the Diggers he moved to Delaware Water Gap, to Greenwich Village and then back to San Francisco. All the while playing in the bars, clubs, restaurants, and sharing songs, writing new songs and seeking other artists to support in town. One eventful night opening for Richie Havens at the Cellar Door drew notice from the Washington Post, “….sparkled with wit and originality”.

Each of these locales, era’s and experiences have informed the music on his new album, Rough Enough. The new album is produced by string maestro Jim Henry and Frank Richard, recorded in New England with players like Jim, Tracy Grammer, and Paul Kochanski and featuring the guitar, harmonica, and vocals from Frank.

The album is a unique blend of Frank’s originals and some of his favorite songs covered over many years. “‘All These Blues’ is traditional. The actor/musician, Peter Coyote taught it to me back when we lived on a commune together. He said he got it from a Little Junior Parker record.”

After a lifetime of living with these songs, and rehearsing them with audiences all over the US, Frank Richard offers Rough Enough as his first full length album of well earned, well traveled and well lived stories and lessons learned. With a burst of creative energy, Frank is back in the studio with Jim Henry and his mates recording songs for the next project. 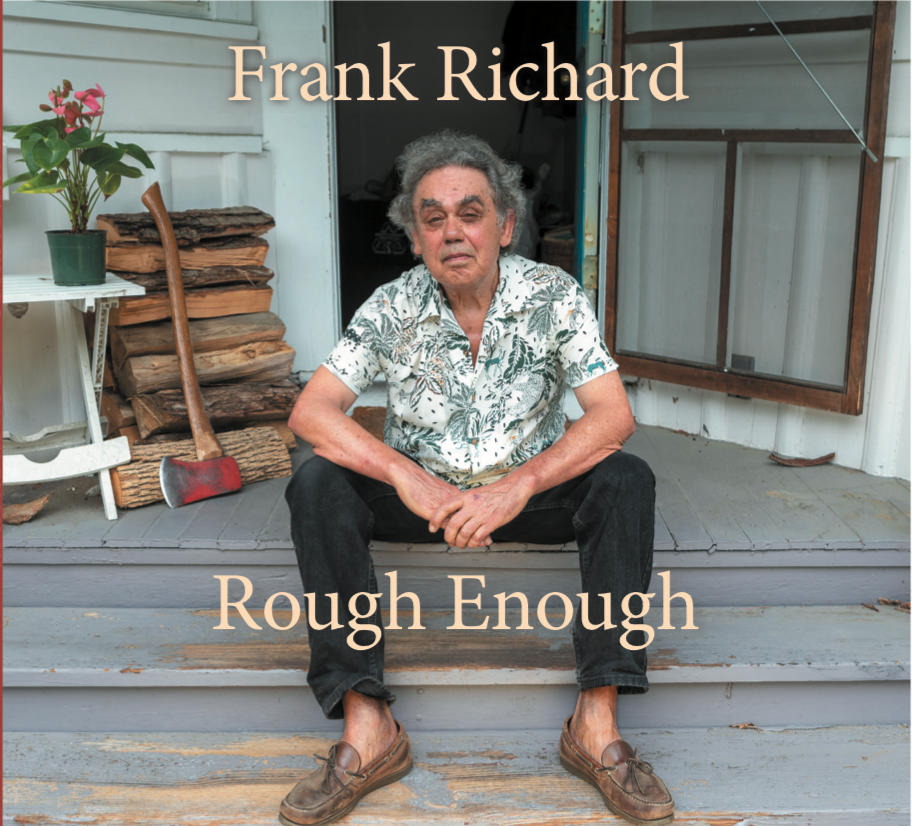