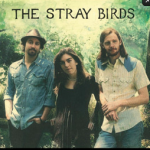 The Stray Birds  September saw the release of the first full length album from Lancaster County PA trio THE STRAY BIRDS.  The album, The Stray Birds, is a showcase for the talents of three young writers with a reverence for traditional song stylings and three part harmony.  Oliver, Maya and Charlie have quickly developed a chemistry that comes from thousands of hours of experience performing live.  The album was recorded in Virginia with Stuart Martin, and captures the essence of three seasoned young musicians playing with accuracy, passion and whimsy.  Their EP, Borderland, was a Top 5 record on the FOLK-DJ charts earlier this year.  Already in the Top 5 at WUMB in Boston and on hundreds of stations in the US, Canada and internationally.  UK distribution thru Fish Records.  The album was the #1 ALBUM, SONG and ARTIST for the month of September, and #2 for the month of October.  This NPR feature is also running now

JEN CREED  Goodnight Is Not Goodbye        “Why music?” we asked Jen Creed. “When you could do anything with your life, why do you choose to be a musician?” She is quick to reply.

“I think music is one of the most powerful forces in the world,” she states definitively. “It heals. It uplifts. It unifies all walks of life. When words alone don’t fully convey our emotions, music can find what’s unknown in us, allowing us to feel what the mind has yet to think.” She continues, “It’s such a huge part of our existence – it’s present in the most meaningful and mundane moments of our lives and everywhere in-between. Music truly changes us for the better. So, if I can help and heal people through this gift, I’m going to run with that.”

“Through all of our experiences and from the people we are fortunate to meet, we learn and grow,” Jen states. “I am grateful for the journey, even the roadblocks, all of which have brought me to where I am now.”

The ‘now’ is where Jen is returning to the stage and studio and writing her own songs, including the title track of her new album, Goodnight Is Not Goodbye.

Working with Grammy Award-winning producer Glenn Barratt, they wrote the soaring ballad as an homage to parenthood – the truest of loves that transcends all. On the album, Jen’s mesmerizing, four-octave range is showcased in dramatic new material, as well as in intimate interpretations of contemporary writers including Van Morrison and Bruce Springsteen. She is paired with a lush string section in the stunning Morricone tune, “I Knew I Loved You” (from the movie Once Upon A Time in America), is backed by a spirited gospel choir in the uplifting “Heavenly Day,” achingly sings of love and loss in the haunting Tom Waits ballad, “Take It With Me,” and delivers a gorgeous interpretation of Cliff Eberhardt’s “The Long Road.”

Recording with the core of musicians who are the most sought-after Philadelphia players, Jen and Glenn have crafted an album which is both a reflection of her past and a leap forward with her own compositions. Drawing on her background in classical and Broadway, combined with Glenn’s depth in jazz and gospel, the sum of the album was described by Jon Takiff in the Philadelphia Daily News: “…with a gorgeous four-octave voice and impeccable taste and flair, Jen Creed can do it all….”

With the release of Goodnight Is Not Goodbye, Jen has returned to live concert performance with the band with whom she recorded the album, and looks forward to bringing these songs to fans old and new.  As well, her songs have been featured on WXPN’s Women’s Music Hour and Sleepy Hollow.

Jen has been performing in a monthly residency at Serafina in Rittenhouse Square, paying tribute to her inspirations and special seasonal events.  She also recently appeared in a collaborative show melding pop and classical with Svetlana Solvena at World Cafe LIve as part of their LiveConnections! community concerts series.

RAH RAH      the poet’s DEAD  A powerful live six piece band from Regina Saskatchewan crossing over into the United States.   “A lot of the buzz surrounding indie-poppers Rah Rah makes note of how accomplished the band is for its age. After all, it was only at the turn of 17 that Marshall Burns was recording the Regina outfit’s first full-length, Going Steady, in Saskatchewan with Rob Morrison.  Released back in 2007, the disc is candy coloured and wrapped in liner notes dotted with Polaroids from some under-lit, under-age basement party.” 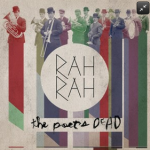 The band has just released their third album, the poet’s DEAD, and it features the first single, “Art & a Wife”, which is receiving great reaction early at WXPN and KEXP.  The band will play CMJ next month, and tour the border states thru the end of the year.

NEPTUNE’S CAR     Letters From the Road  Mix together a singer-songwriter from Massachusetts (Holly Hanson) with a guitarist-songwriter from New Hampshire (Steve Hayes), blend Contemporary Folk with a dash of Alt-Country, a shared passion for lighthouses and historical biographies, and you’ll have the nautically named duo Neptune’s Car. (Neptune’s Car was a clipper ship with a female captain — a true adventure of heroism on the high seas in the 1800s.) 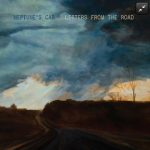 The new album, Letters From the Road, continues to explore matters of the heart and family, and the American highway, with an ongoing fascination with visiting all kinds of ocean and lake lighthouses along tour dates.  Following on the success of their first record, Strawberry Moon, and the reception from FOLK-DJ radio, the duo is back on the road in New England and the Upper MIdwest.  #25 on the FOLK-DJ charts for the month of October.

LINDI ORTEGA     Cigarettes & Truckstops   Here comes the new record from Toronto transplant Lindi Ortega.  Having relocated to Nashville, and working with Colin Linden and some of Elvis’s original band, Lindi has recorded a great follow up to Little Red Boots.  The first single from Cigarettes & Truckstops is “The Day You Die” and you can see her perform the track here.  One of my favorites is her performance at the French national over New Years. 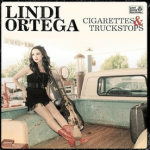 Lindi just finished a tour across Canada as support to kd lang, and will continue her US tour with Social Distortion in October and November.  The album is now #61 on the US Americana charts, and picking up great support from AAA radio, No Depression, Paste, CMT and the ABC-TV program Nashville.  Lindi and her band appeared in the episode of 11/14 as themselves.

Falling Off the Sky  The press and radio support continues to amaze and delight.  With great sales coming from New York, Philadelphia, Minneapolis, Chicago, San Francisco, Baltimore, St Louis and many more markets the band is hitting the road for more touring.

DANIELIA COTTON     The Gun In Your Hand  First new album from Dani in over four years.  Collaborating once again with songwriting master Kevin Salem, the two have developed a style and sound on the new record, The Gun In Your Hand, that will once again demonstrate the power and passion in their work together.  The album features one of their best songs, “lighthouse keeper” and the very powerful “easy” and “torrent bay” as well as covers of “purple rain” and “strangefruit”.  Danielia is currently on the road, and the album in instore on October 30.  She and the band performed for the WXPN/NPR Free@Noon concert broadcast on Friday October 26 from the World Cafe Live in Philadelphia. 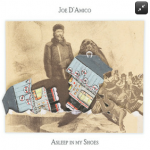 Asleep In My Shoes (2011), the first album from Philadelphia’s Joe D’Amico was bursting with surprises and bold arrangements. With each song, and within each song, a different leaf is unturned and a new idea explored, bringing experimentation and great songwriting together in a solid and thought out effort. The album was produced by D’Amico and was mixed by Bill Moriarty (Dr. Dog).

From his beginnings as a founding member of nationally recognized band Brothers Past to his currently buzzing roots/Americana project Mason Porter; Joe has shown the rare ability to cross and blend genres with great success.

The title song Asleep In My Shoes recently won the 2011 Philadelphia Songwriters Project annual songwriting competition. And his song Slow and Steady is featured in the indie film Lebanon, PA, which has gotten attention from NPR and nationally at film festivals.